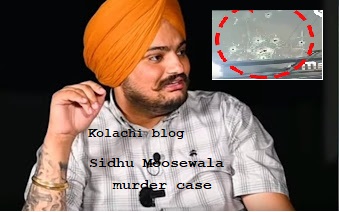 Noted Sidhu Moose Wala, a Punjabi singer who had join the Congress before the Punjab elections, was killed by gangsters near his home town Jawaharke in Punjab's district Mansa on Sunday. The tragedy occurred less than 24 hours after the Punjab government removed his security.

The 27-year-old singer, who was also a Congress politician, was killed a day after his security cover was revoked by the governmental. Moosewala was shot multiple times while in his jeep in the village of Jawahar Ke, according to Deputy Superintendent of Police (Mansa) Gobinder Singh. In addition to the singer, the attack injured Moosewala's cousin and a friend who were travelling in a Mahindra Thar Family car with him.

Two or three weapons were used.

After the state police withdrew 2 of 4 commando from Moosewala's security cover, he was left with only 2 Punjab Police commandos. Moosewala, on the other hand, didn't even bring the remaining 2 commandos or his bullet-proof car with him on Sunday.

On Saturday, Moosewala was one of 424 people whose security was temporarily removed or limited by the Punjab Police.

Sukkur is a city in the Pakistani province of Sindh along the western bank of the Indus River, directly across from the historic city of R...